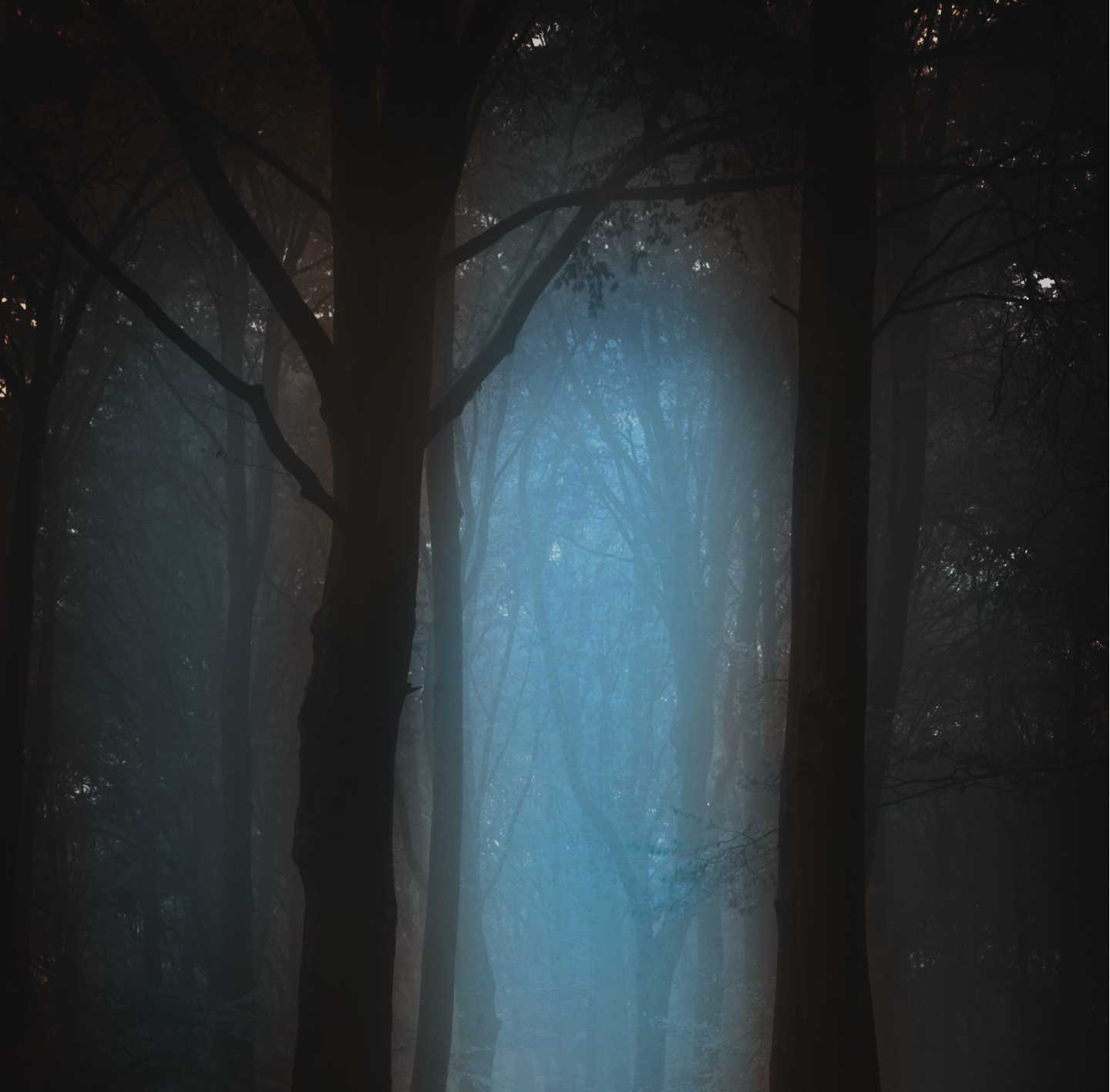 The Land of Two Duchies

Despite the ancient pact which was made, there still exists animosity between the citizens which has filtered in from beyond the town borders.

The majority of the realm is under the benevolent and honourable rule of The Crown.

The Crown’s rule has spread from the inner mainland beyond the boundaries of Kernow.

The town of Chaosgate has a representative in The Duke of the Crown,

A man who had a swift rise to authority due to wars taking place in other lands. The cynics will mutter that his position was given too soon given his youth and inexperience. However, those that know him will wholeheartedly defend him as a man of unswerving honour and justice to his people.

The Royal Crown has sent him to Kernow to oversee that honour is maintained, especially here…

The Duke knows all too well of the Horrors of the Chaosgate. His sister was abducted by demons years ago, and rumour has it that she was dragged screaming through the gate itself by a band of demon slavers. This quest is the only thing that the Duke of The Crown holds as high as the duties of the Crown. He is the sovereign representative of the Crown Duchy,

A beacon of hope and honour whom many loyal folk flock to his banner of peace and justice.

From the far ends of the land, from the Isle of Scythes, a seed germinates…

Lord Scythe, an ancient necromancer sits on his grotesque throne of human bones.

For many years the necromancer’s influence was contained to the Isles thanks to the Sea Spawned that live and patrol the waters. However, a war broke out among the subspecies of the Sea Spawned. Lord Scythe used this war to make allies with one half of the Sea Spawned, offering them power in exchange for passage to the mainland.

Time passes and now the Duchy of the Claw rises, with Lord Scythe manipulating the machinations from the shadows of his necrotic island. He has welcomed into his fold every feral beast, savage Ork, cutthroat pirate, undead creature and anyone who as is stated ” face does not fit the high moral code” of the Crown Duchy. Owing to this end, there are many who are flawed and have made mistakes who seek refuge from the Crown’s crusade.

In the town of Chaosgate, there lurks The Archduke.

No one knows or dares to question his royal lineage, he is the apprentice and herald to Lord Scythe.

The Archduke loathes the high moral standards practiced by The Crown, embracing the depravity and butchery of the more savage races, but he is not a fool. He is fully aware of the malice lurking within the gate. He seeks to somehow ally with the demons and with their combined might destroy the Crown Duchy, yet with every attempt, the Archduke is met with evil beyond even him OR Lord Scythe. His warriors sent into the gate, returned in pieces. Until he can one day find the secret to the gate and controlling it, he will abide by the town’s prime law and fight the creatures inside, even if he has to fight shoulder to shoulder with The Crown… For now.

The town of Chaosgate was built around the ancient relic of the same name. Many attempts were made to dispel, barricade and destroy the infernal gateway but nothing worked and at random intervals creatures from beyond still appeared and laid waste to the surrounding lands.

An adventuring party nearby became ambushed by a necromancer and his retinue, the resulting combat drew the attention of a nearby green skin patrol which also became involved. This became a three fold combat situation which erupted into bloodshed, and to make matters worse… The chaos gate opened. Hordes of unspeakable tentacled and clawed monstrosities poured through, and hearing the battle slithered and charged into the fray. The three previous groups, weary from fighting, saw the charging creatures and hastily agreed to unite as one and stay off the hellspawn beasts, eventually slaying the fiends and chasing off the rest. At this moment, a powerful sorceress arrived at the tail end of the fighting. After long talks, the rabble made a pact that they would put aside their differences and defend the realm by guarding the gate…

The town of Chaosgate stands, it’s one golden rule- regardless of your race, alignment, or religion, as long as you are seen to be guarding the gate and defending the realm, you will always be welcome here with a roof over you head with no cost except your sword arm when it is needed. This of course has interesting consequences as many nefarious characters and creatures may roam the land causing trouble but escape hounding out by abiding by the golden rule… However once outside of the town borders… Well that’s another story…

By Ezekiel the Green,

Master mage of the celestial order

Call them what you will.

These gates have existed before the earliest days of the Den arriving onto these lands, possibly even before the Koth and the Korr had grown into existence.

There are many myths and legends surrounding them, many heroic tales and frightening ghost stories too, but I tell you now of the first one that was dealt with, the Hellsmouth.

As I just said, these gateways have been around as long as anyone can remember. Some speculate that they are a natural balance between good and evil, some say they were at one time doorways to visit the gods, some have said they were the unwitting act of a fool, unable to be corrected.

Whatever the case, we have always seen the presence of Daemons creeping onto our world to sow discord and wrath, therefore they must have come from somewhere.

Legends tells us that in a time long ago, there was a grand city upon a beauteous cliff top view. This city was steeped in grandeur and renown, as this was built by the combined efforts of the Koth, the Korr and the Piski and as such was a place of great magical splendour and many of the sentient races would live and trade there.

At the very centre of this city would be the reason for their construction; The Hellsmouth.

To the untrained mind and eye, the city appeared regal and elegant. However, upon closer inspection, were you to analyse the architecture and layout, the whole area was actually designed as an elaborate barricade and barrier between the Hellsmouth and the rest of Kernow, with many warriors and soldiers stationed in a perimeter living in homes around it, ready to fend off and hellish creatures as they arrived.

It is no secret that throughout time, many have attempted to learn the secrets of the Chaosgates, how they are powered, why they appear and most importantly how to stop them.

In fact most of what we know about them was found and recorded at the city of Hellsmouth.

A collective of scholars and mages known simply as ‘The Watch’, were tasked with this job, hailing from all over Kernow, offering their minds and powers to solve the mystery.

Then one day, it is said that an all powerful mage from within the ranks of the watch supposedly stumbled upon an answer, a way in which to forever close the Hellsmouth and remove it from our land.

After carefully consulting with the rest of The Watch, it was agreed that such a task would involve a great deal of power and magical energies, or Nerth as the Piski call it.

To this end a grand meeting was called and it was decided that all who were not directly involved with this destroying of the Hellsmouth should be ordered to leave and remain outside the city boundaries for their own safety.

After seven suns and moons, the city was ready. The citizens were encamped outside the city and The Watch was rehearsed and prepared.

No one knows what actually occurred at the epicentre of the place. There was a great rumble of thunder, a blinding flash of painful light and a colossal cloud that bloomed out from within to punch at the sky above. The ground itself rocked with a tremendous ferocity and the citizens outside stared in sheer horror and disbelief at they watched the whole city of Hellsmouth shudder and fall into the sea below its own cliffs. As it fell down, a furious shockwave tore from within the place, ripping through the surrounding buildings with frightening ease, like the claw of an unseen Draegon. This invisible blast decimated all it touched including those unfortunate enough to be camped too close to the city line, this blast roaring on and on in a wave of death and carnage with only a very few lucky enough to survive the encounter.

All that remains of Hellsmouth to this day is a gouged and scarred new cliff, much, much closer to the mainland than the one that had stood for aeons beforehand. Yes, the Hellsmouth gateway was gone, but at what cost?

Even afterwards, there were rumours and tales of many survivors becoming sick and ill, the sickness being unlike anything ever seen before, children who had been born of some survivors being mutated or possibly the first Deray-Tava, the chaos touched?

The very land around it displayed a sickness too, causing the people in the surrounding towns and villages to erect wards, barriers and offer prayers to their gods for many seasons to come.

The secrets from within the homes of The Watch, that which had been learned of the Hellsmouth, forever lost in ashes.

There are those that claim to have plunged to the depths of the old site after the sickness had passed and found artefacts and tomes belonging to The Watch.

Back to Lore of Kernow